EXTENSION OF STORAGE HALLS: A PROJECT BEYOND CUSTOMER EXPECTATIONS

SOGEA MAROC was appointed for the extension of four of the Group’s fertilizer storage sheds at the production site of Office Cherifien du Phosphate, in Jorf Lasfar.

From project design to execution, our technical engineering department has introduced several innovative strategies. Thanks to these new technical variants, we have increased the storage capacity of these sheds. Each storage hall has increased from 50,000 tons to 100,000 tons.

With modern devices and suitable products, we have doubled assembling rates. We also accelerated the casting speed of the half-arches. Thanks to this improvement dynamic, our company constructed two halls within 25 days, instead of 2 months. The performance of our work and construction teams also made it possible to increase the business proposal loan by 20%. Thus, SOGEA MOROCCO exceeded the expectations of the client. 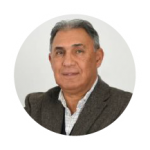 Can you provide further details about the project?

It concerns the construction of a hall with 12 independent vaults of 10m in reinforced concrete, weighing 700T each and made of prefabricated components. The main differences from the old design are:

1.Sole foundations instead of inclined sole plates
2.Concrete beams instead of steel frame
3.Arteon anchoring systems for slabs instead of known hangers
4.Modification of the tilter propel system: setting of crane bogies

How is this project a challenge? (Challenges encountered during the execution of the works)

We faced several challenges before and during construction works. Increasing work rate made it possible to optimize the mobilization duration of the washing equipment by two months.

We built the four halls simultaneously while keeping the works going . The tilter was moved using two 600T and 250T cranes to install the last vault, which enabled us to avoid backfill on the main gateway and to optimize disassembly and reassembly time.

We also moved the RMD tower in 5 blocks to avoid disassembling and reassembling the entire frame. Finally, the co-activity of various participants was managed on an area of ​​50,000 sqm (concreting of the arches, assembling the vaults, siding, sealing, interior works, etc.).